Everybody in the world celebrates the New Year differently, but for most people that date is the night of December 31. However, few know that there are countries in the world which follow a different calendar and thus(therefore) have different dates for special celebrations.

Last year I was fortunate enough to spend New Year’s Eve and New Year’s Day in Ethiopia. I was traveling through Africa for six months by car with my travel companion, and it was pure luck that we ended up in Ethiopia on this important date. Enkutatash (the name in Amharic, the official language of Ethiopia) is the first day of the New Year in Ethiopia, which occurs on September 11. Ethiopia follows its own calendar, which is similar to the calendar we are used to, as it also has 12 months and leap years, but the Ethiopian calendar year today is 2008 (not 2015) and it began on September 12 because of the leap day that particular year. 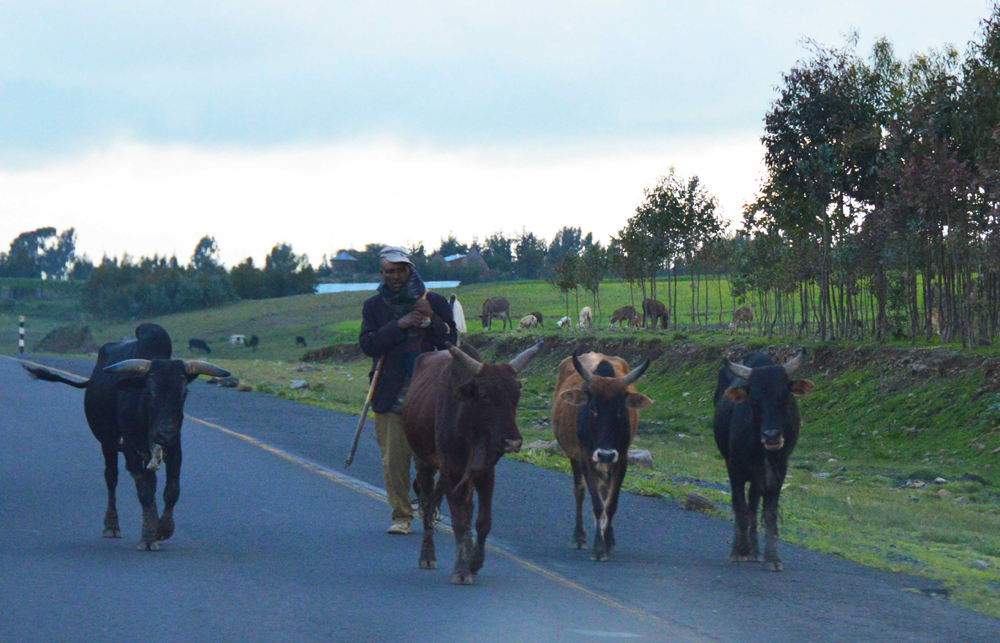 Ethiopia is a multi-cultural country and has two major religions, Ethiopian Orthodoxy (Christianity) and Islam, however religion does not factor into the traditions of New Year’s celebrations. A lot of families attend church in the morning of the New Year’s Day, but afterwards they gather(meet) together with their extended family, friends and even whole communities in more rural regions, to share a traditional meal which usually consists of injera (flat sour-tasting and pancake-looking bread) and wat (stew). The old traditions dictate the slaughter(killing) of farm animals for the familial feast(a lot of food) in rural or farm areas because there is a long fast(no food) before this celebration and during the fast no animal products are allowed to be consumed. My Ethiopian friend told me that the animals get fattened(made to eat a lot) up for the New Year and killed in abundance (plenty of the animals) for the enjoyment of the whole family. It is often the case that younger boys of the family have to perform (do) the kill to show their family that they are grown up, strong and masculine. Nowadays these practices are only adhered to (kept) in very rural (country) or distant parts of Ethiopia.

In Addis Ababa, the capital of Ethiopia, the celebrations usually consist of drinking beer and wine on New Year’s Eve, eating together as one family, and sometimes also visiting the church. Children often receive small gifts or money, and the more traditional families have their children gather (collect) flowers and sing New Year’s songs. From my experience the New Year’s celebrations were not very different from what I was used to as a European: everybody was jolly on the streets, the restaurants and beer halls were full of happy, slightly drunk people, the establishments we drove past or stayed in were decorated magnificently with evergreen branches on the floors and plastic neon cut-outs and ribbons pinned to the walls. There were coffee ceremonies going on in almost every restaurant and hotel, which is something Ethiopia is famous for. During the coffee ceremony the beans get roasted and then brewed in a special clay or metal pot. We also noticed that the coffee was sometimes served with popcorn, which, as we found out later, was a delicacy in Ethiopia that the locals liked to indulge in (treat to).

Overall it was a happy time for the communities to come together and celebrate a semi-religious and semi-secular holiday together.